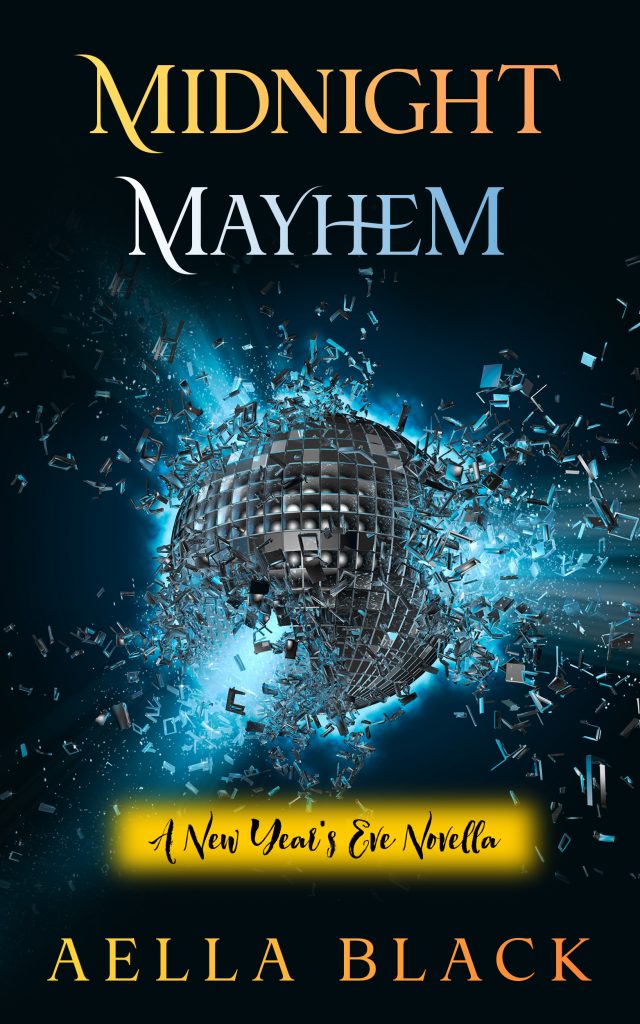 Stella Craparotta is a semester away from high school graduation when she lets loose for once in her life. Unfortunately, she chooses the worst time and place imaginable. Not even her father—a casino mogul and rumored mobster—can save her when terrorists strike Times Square. But there may be someone who can…

Logan Slayer has had the worst year of his life, and he’s in no mood to celebrate New Year’s Eve. Guilted into going out, he spots a fiery redhead in the crowd and thinks tonight may not be so bad after all. He’s quickly proven wrong. But the redhead isn’t the problem…

Will this ill-fated connection result in love or loss?

“I cannot believe I let you talk me into this!”

Those were likely my last words—well, for the rest of the night, anyway. My throat felt as if someone had rubbed sandpaper up, down and around it… for hours. Then threw in a fistful of sand for good measure.

And my best friend’s oh-so-sympathetic response? A bright white smile courtesy of killer veneers—seriously, I thought she would die during that ordeal—and “someday you’ll thank me!” Highly unlikely.

But with only forty-five minutes until midnight, I knew we weren’t going anywhere. As did Claire, who turned back toward the stage and resumed her efforts to imitate a human Pogo stick.

I let out a frustrated breath, then immediately sucked one in when I felt yet another hand swipe my backside. Spinning around, it took less than a second to identify the perpetrator: an old guy with a bad comb-over, hands raised in the classic ‘it wasn’t me’ pose. The fact that he’d already assumed the position, along with the politician’s grin on his face, told me he was clearly the latest offender.

With no voice left to give him a piece of my mind, I grabbed Claire’s hand and pulled her in the direction of the stage—and, more importantly, away from the creeper. But not before giving him a look that had made even my older brothers duck and cover the family jewels.

Celebrating New Year’s Eve in Times Square was on Claire’s bucket list, not mine. I’d have much rather been in a coffee shop, maybe a club if I felt like going crazy. This, though? This was certifiably insane. In fact, I was closer to the Twilight Zone than my comfort zone in this jam-packed crowd.

And the noise. I wasn’t a fan of huge concerts, but I could have tolerated the screaming masses and blaring music. Even one pop-hit playlist after another was bearable. What made me ragey was whoever thought it was a good idea to hand out noisemakers to over a million people crammed in a confined space.

However, I had to admit the demonic device came in handy when making our way through the masses. One blast in someone’s ear distracted them enough for me to squeeze past, then Claire’s tight leather pants kept them preoccupied. In a feat that surely broke some sort of record, we made it to the stage in less than ten minutes. There a line of security stood, ready to take out anyone who attempted to, well, take out the former boy-bander while he belted out a ballad of unrequited love. As if he’d ever experienced that.

Not that I had either—unrequited or otherwise. My brothers had taken it upon themselves to make sure no boys came near me. And rather successfully, I might add.

Although I was probably giving them more credit than they deserved. My father’s reputation alone was enough to keep any potential boyfriends at a disappointing distance. Disappointing because, what girl didn’t want a guy to go all Taylor Swift “Love Story” for her?

My head fell back, and I groaned. That thought was a sure sign I was on pop music overload. Claire, on the other hand, was singing her heart out as if she were a pre-teen with serious groupie potential, not a semester away from graduating high school.

If only I could let loose the way she did. My heavy class load this year barely allowed for a night out, forget about a relationship. Like it or not, I spent breaks working for my father.

This holiday, however, had provided a brief reprieve from studying, and I had an entire week at home to myself. If there was ever a night to celebrate, it was tonight.

A sudden gust of frigid air hit me square in the face at the same moment I remembered that after this semester was graduation. Not sure which caused the full-body shiver, but I quickly pulled down my beanie. As if that would help.

I glanced over at Claire, who was now talking to a guy who could pass for any of my brothers. She didn’t look nearly as cold as I felt. Maybe I should have taken her up on the offer of the half-dozen booze-filled flask bracelets—yes, there really was such a thing—that covered her forearms. They each held several shots of Jameson, an Irish whiskey I wouldn’t drink straight even if I was fully Irish. Which I wasn’t.

Plus, someone had to keep our wits about us with all the crazies out tonight.

Apparently, I was one of them.

Crazy! OMGosh, I absolutely loved this story! It's short but so fulfilling, and it's stuffed with all the crazy you need in a short read! Absolute perfect little read!

Wow! This book was so well-written I was completely immersed in the action. The characters are fully-developed and during the opening scenes their actions/reactions & emotions are very believable and the author makes you feel what they're going through. Aella Black is quickly becoming one of my favorite authors and I can't wait for the next book in the series. I highly recommend this book!